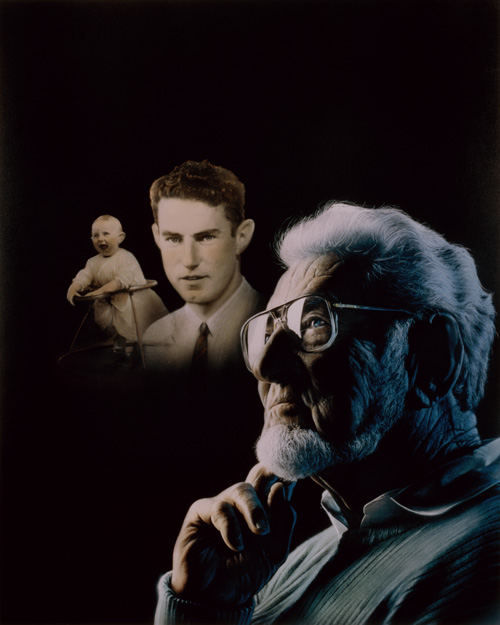 Hugh Codding in 3 phases of life

Hugh Codding, who passed away in 2010 at the age of 92, bought the land Coddingtown sits on in 1960 for $7,500/acre. In 1962, Coddingtown opened the doors with the first tenants being: Emporium Capwell (later became Macy's), Roos Atkins, Joseph Magnin, Smith's Menswear, Thrifty's, Kress, Lucky's Grocery Store and JCPenney.

Originally opened as an open-air shopping center, it was then enclosed with our beautiful redwood ceiling in 1979. Hugh installed a 70ft, now historically preserved, neon revolving sign with his family name on it. He installed it because “I liked to see my name up there” Hugh stated.

In 2005, Codding made a financial decision and sold a 50% share of the mall to managing partner Simon Property Group. Simon was brought on as a partner to assist in redeveloping the center. In 2011 and 2012, the mall received major upgrades to entrances and the interior of the center, helping attract tenants such as Target and Nordstrom Rack.

In December 2017, Coddingtown returned to fully local ownership after the Codding family business repurchased the 50 percent stake in the shopping center back from Simon. Coddingtown is currently owned and managed by Hugh’s two granddaughters with the loving help and support of everyone at Codding.